Physician Assistants and Their Role in Primary Care 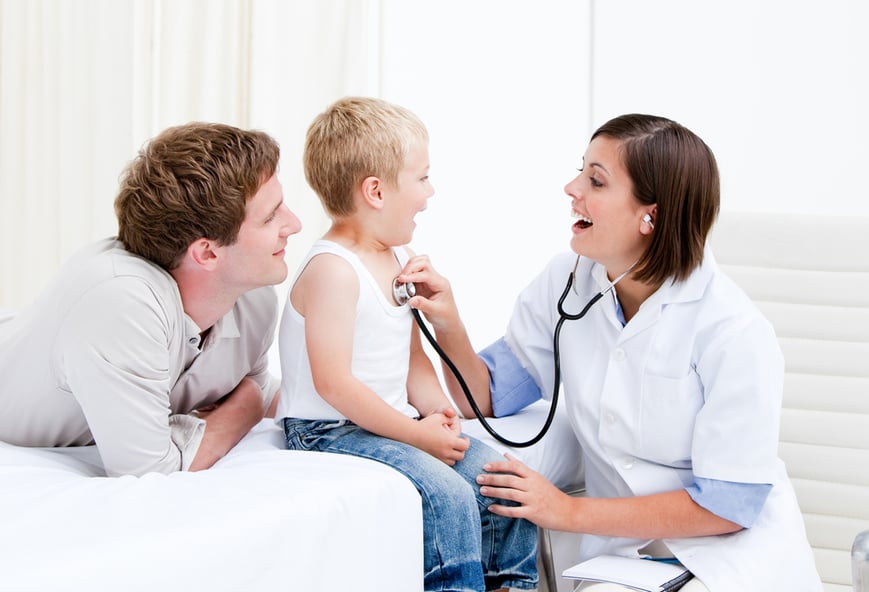 The physician assistant landscape is continually evolving, offering impressive career growth potential for men and women choosing to enter the field. With PA jobs expected to increase by 31% between 2018 and 2028, the PA industry is primed to grow much faster than average over the next decade. But while more PAs are completing their training, their primary care potential will remain limited as long as PAs remain concentrated in metropolitan areas. Below is a look at the changing role of physician assistants and a look at some of the efforts underway to help PAs address the shortage of primary care doctors.

How has the demand for PAs increased over the years?

"A new report by The Medicus Firm, a national doctor staffing and placement firm shows it's not physicians, but physician assistants who are climbing the ranks on the healthcare profession's demand scale. PAs, as they are known in the healthcare industry, are more desired than most specialist physicians." - Bruce Japsen, Healthcare Journalist, Forbes

There are currently over 118,000 PAs in the United States. This number is projected to continue to grow as demand increases and millennials gravitate toward the field. The AAPA points to a variety of other factors contributing to the growth in PAs, including the following:

Due to these benefits and industry demand, the PA profession is now the seventh fastest-growing profession in America. Many PAs who enter the field choose to specialize in a particular area such as psychiatry, urology, family medicine, and hospital medicine. The demand for these PA specialists has been impressive. For example, the demand for PAs began to surpass the demand for medical doctors in specialty fields such as pediatrics and neurology as early as 2013.

As more PAs enter the healthcare arena, the professional PA network has also strengthened. And in recent years, there has been an official push to drop regulations that prevent PAs from practicing autonomously. Unfortunately, these movements also prevent PAs from relieving the PCP shortage that is occurring in America.

What variables influence the traditional role of the PA?

The role of the PA varies along with where the PA works and the relationship between the PA and the supervising physician. In some cases, PA's provide a much wider range of services than the average PA. Here are some key factors that influence the traditional role of the PA:

When all of these variables are in play, PAs tend to handle a much greater breadth of healthcare issues. They may regularly prescribe medications, conduct physicals, and assess patients without a physician's direct supervision. At the same time, the patient experience is improved because they are able to receive care from a trained provider quickly.

What factors enable PAs to succeed as substitutes for physicians?

The debate over whether PAs should substitute for physicians or complement them is more alive than ever. Studies comparing the scope of practice offered by PAs and primary care physicians (PCPs) reveal that PAs are able to perform 85 to 90% of the services typically provided by PCPs. In general, PAs tend to provide a wider array of services and succeed as substitutes for physicians when the following criteria are present:

Clearly, PAs who perform well in a substitution role has the potential to positively impact the patient care experience  - especially in underserved areas where physicians are limited.

Have state and federal efforts expanded the scope of practice for PAs?

Changes to state and federal laws have enabled PAs to greatly expand their scope of practice. Early state laws enacted in the 1970s first gave physicians the ability to delegate patient care tasks to PAs. In the subsequent 50 years, those laws have gradually evolved to the extent that PAs are now able to prescribe controlled medications in all states except Kentucky.

In recent years, the American Academy of Physician Assistants (AAPA) has lobbied for the continued expansion of PA scope of practice, collaborating with state officials to continue to move the PA profession forward. Current efforts are underway to achieve the following:

How does the uneven distribution of PAs limit their primary care potential?

The geographic distribution of PAs is uneven at best. In addition to working in predominantly metropolitan areas, PAs tend to be concentrated near universities that host PA programs. This means that the benefits of PAs are not evenly distributed across the country, preventing PAs from being able to provide relief to the shortage of physicians in primary care.

The key to addressing these deficiencies is to increase and promote the locum tenens jobs in rural areas. This measure will help entice PAs to consider moving away from larger metropolitan areas to care for patients in underserved areas.

PAs play a more prominent role than ever in the primary care arena. Unfortunately, their ability to resolve some of the key challenges facing the healthcare industry will remain limited as long as PAs remain concentrated in metropolitan hospitals and private practices. Offering more locum tenens jobs in rural areas is one of the best ways to ensure that PA benefits are more evenly dispersed throughout the country.

As their scope of practice continues to evolve, PAs may eventually find themselves able to practice independently of a physician's team. This possible change, combined with the potential to achieve full prescription authority, paves the way for a bright future for PAs.

Welcome to our Blog!

At VISTA Staffing Solutions, we want to make it possible for you to work on your terms, allowing you to provide your expertise to those who need it most. We have opportunities for physicians in all specialties, from domestic locum tenens jobs to government and permanent positions, with openings covering all 50 states. Founded in 1990, VISTA is headquartered in Salt Lake City with additional offices in Atlanta and Houston.